Call to action for all rugby clubs!

Doddie’s Lions Super Saturday is a community fundraising weekend for rugby clubs to come together, as a club to watch the first test between British & Irish Lions and World Champions South Africa on Saturday 24th July. You will also be able to win prizes for your club and fundraise to ‘tackle MND and be part of the cure’!

We are asking all clubs to come together, watch the match and fundraise a minimum of £555 leading up to and across this weekend. The possible fundraising ideas are endless; Buy a pint for Doddie, donation buckets, touch rugby tournament are just some examples. In recognition of each club hitting the minimum target, they will be rewarded with a Doddie Weir signed print and will be entered into a free prize draw to win some fantastic prizes! Some of those prizes include a team coaching session with former Lions Head Coach Sir Ian McGeehan, legendary Welsh referee Nigel Owens to ref one club match, signed Lions shirt for your club or £1000 worth of Maxi Muscle sport nutrition products.

Supporting Rugby clubs will be offered marketing material, such as flyers to promote on Doddie’s Lions Super Saturday.

If your club would like to be a part of our fundraising weekend, please get in touch with Adam on adam@logansportsmarketing.com

Please support our campaign by donating to our Just Giving page.

Doddie and the Lions

Being part of the Lions in 1997 was one of the great highlights of Doddie Weir OBE’s career, the friendships and relationships forged during the Tour have remained and we are delighted to see this continue with The British & Irish Lions Trust charity partnership with My Name'5 Doddie Foundation.

The support and amazing generosity shown to the Foundation by the rugby community over the last three and half years has been incredible. Now with Warren Gatland’s Lions ready to write the first chapter of their 2021 Lions Tour in South Africa, after a year of uncertainty it is going to be a pretty special event. With no Lions fans able to travel to South Africa we wanted to create our own celebration of this occasion to galvanise the B&I Lions community, and to celebrate the Lions in union, and we would be delighted if you would join us to participate the Doddie’s Lions Super Saturday.

We hope you will join us for the First Test! 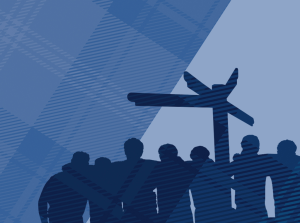