The nationwide fundraising campaign, Doddie AID, has raised more than £500,000 for My Name'5 Doddie Foundation just 10 days after it began.

The Doddie Active Inter-District (Aid) challenge, which aims to raise as much money as possible for My Name’5 Doddie Foundation by the start of this year’s 6 Nations Championship, has also seen more than 20,000 people across Scotland and beyond sign up to it since it kicked off at the start of the year.

The event is based around Scotland’s five former rugby districts – North & Midlands, South of Scotland, Edinburgh, Glasgow and Exiles – with individuals from each area clocking up as many miles as they can within a five-week period. But people from all over have been joining the challenge and choosing a team to support with Wales star Jonathan Davies joining the South and former England captain Will Carling opting for the Exiles team.

The winning district will be the one which covers the most miles and raises the most funds.

Doddie Aid 2021 has been organised by Rob Wainwright, who also played rugby for Scotland and was himself a British & Irish Lions player.

A close friend of Doddie’s, Rob hopes that Doddie Aid 2021 will not only raise an incredible amount of money for the My Name’5 Doddie Foundation, but will also help raise awareness of MND and the need to find meaningful treatments for the disease, which as yet is incurable.

He said: “It’s absolutely fantastic that so many people have signed up to this year’s competition to date, and that collectively they’ve raised more than £500,000 and have already covered more than one million miles.

“Doddie is such an inspirational character and has demonstrated incredible bravery and integrity since revealing he had MND. It is testament to him that so many people have got behind the cause so quickly and so enthusiastically.

“However, there is still time for to join in and I’d really encourage as many people as possible to take part. The more individuals who take part, the more money we raise. Plus we also have the added bonus of winding up each rival district.”

Doddie won 61 caps for Scotland and was part of the squad which won the 1999 Five Nations title. He is also a former British and Irish Lion, and won championships with his club sides, Melrose and Newcastle Falcons.

Commenting on Doddie Aid 2021, he said: “Everyone at the Foundation is incredibly grateful to all those people taking part in Doddie Aid, not just in Scotland but across the world.

“The monies raised will go towards vital MND research projects and to  supporting people living with MND.”

“However the event is not only generating much needed funds, but it is also helping raise awareness of the charity across Scotland and beyond.

“I hope everyone taking part will enjoy getting out and about and getting some exercise. Most importantly I hope they all have fun. After that, all that’s left for me to say is may the best team win – and may it be the South!”.

More information about the My Name’5 Doddie Foundation can be found at www.myname5doddie.co.uk 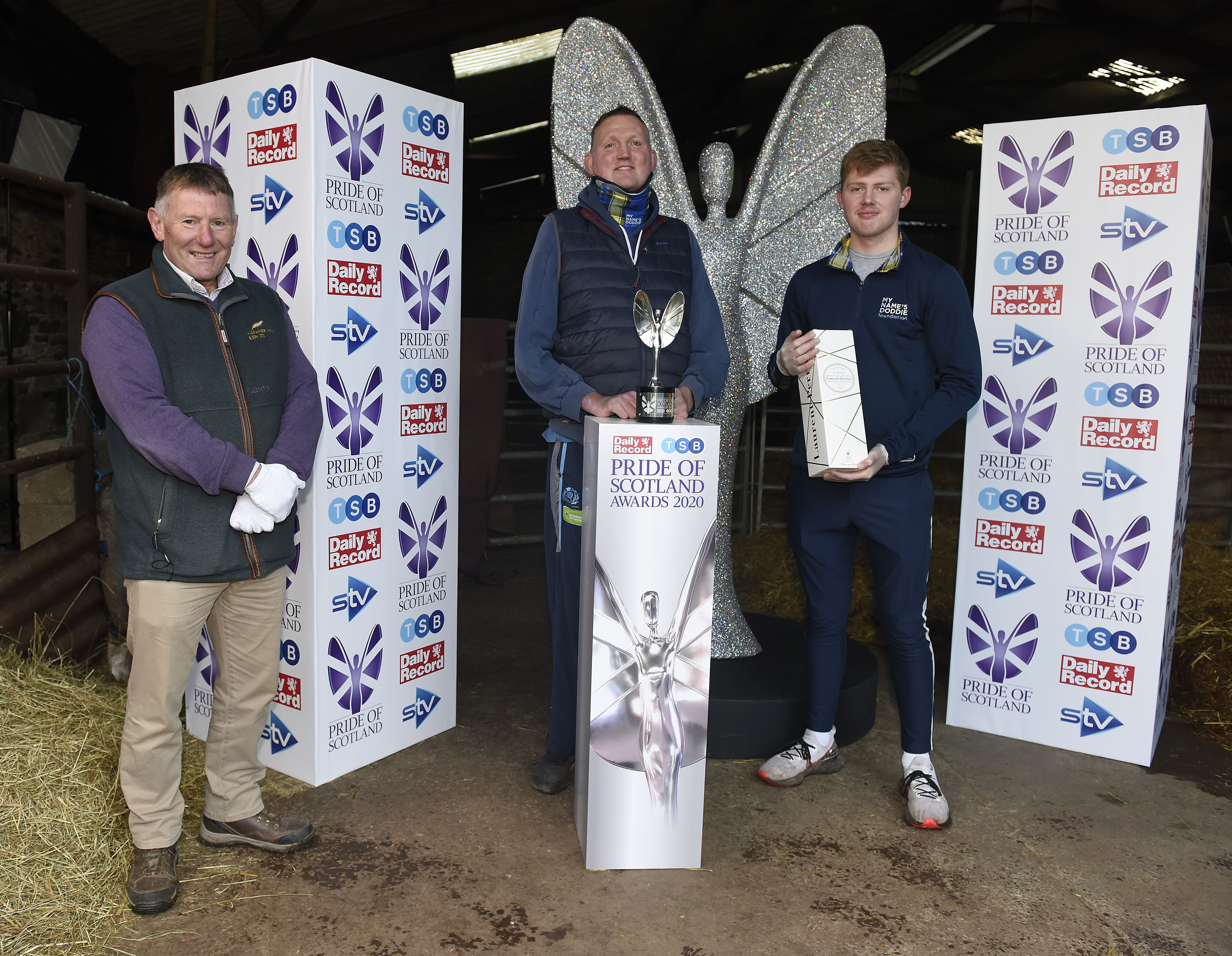 Balfour+Manson Raise Over £2,000 for Foundation

Staff at the Scottish law firm Balfour+Manson have raised £2081 over the last year for...

Calendar Comes Up Trumps for Foundation

Photographer Sheena Ramsay from Glenluce has raised thousands of pounds for My Name'5...

As SPPA’s 2020 charity partnership with the My Name’5 Doddie Foundation comes to a...

Thanks to your continued support, we have donated an additional £300,000 to support...